8 Pros and Cons of Bitcoin 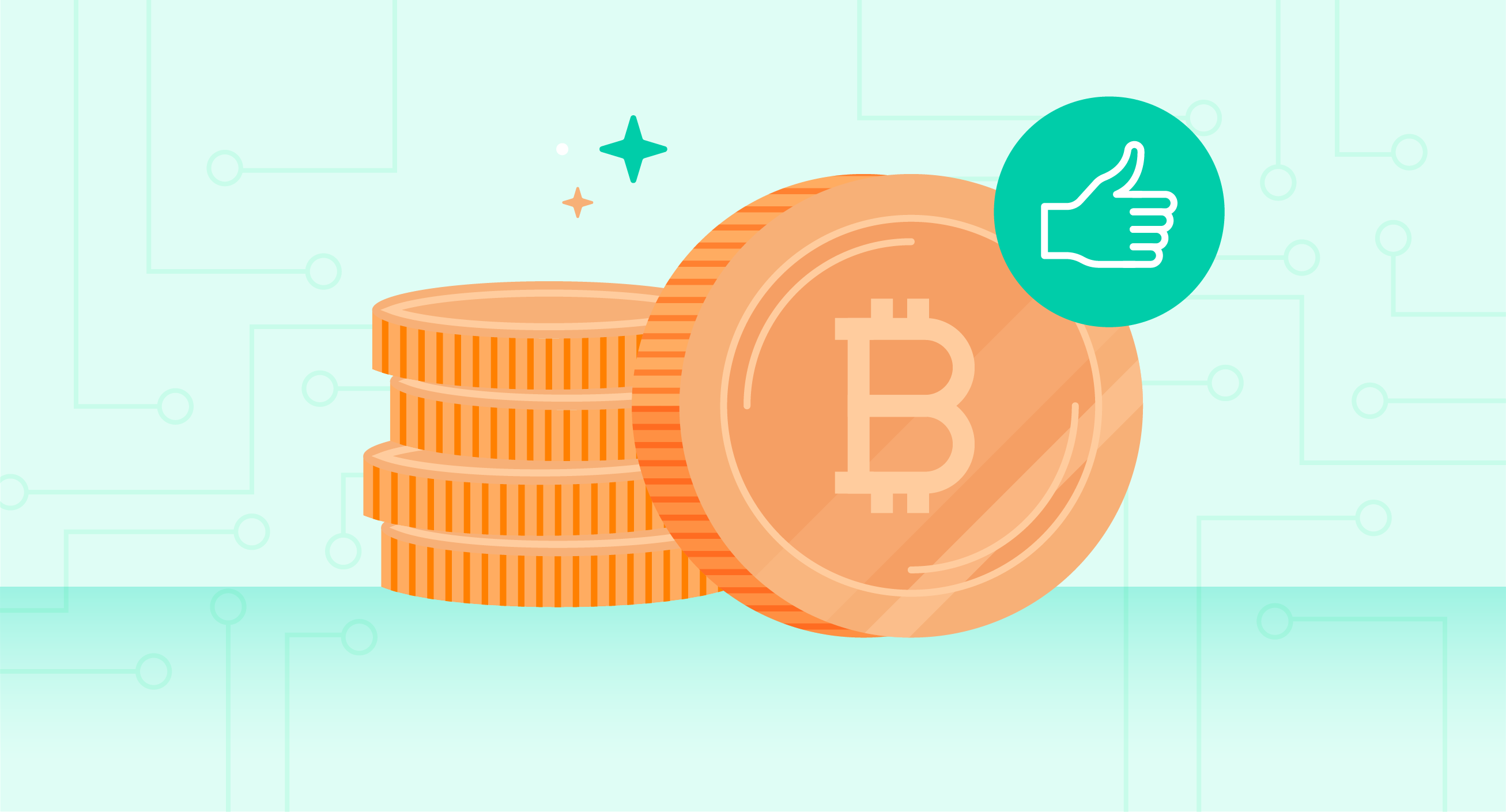 No matter where you land on the financial spectrum — a traditionalist who favors hard cash or an investment aficionado — in this day and age, you’ve most certainly heard of cryptocurrency and maybe even some pros and cons of cryptocurrency. Cryptocurrency has become increasingly popular over the past few years, with roughly 14 percent of the U.S. population owning cryptocurrency and an estimated 46 million Americans owning Bitcoin.

Bitcoin is one of the oldest and most popular cryptocurrencies that exists. And for the cryptocurrency curious, it’s where you might consider dipping your toes into cryptocurrency investing. So if you’re asking yourself, “Is Bitcoin worth investing in?” or “Is it smart to invest in Bitcoin?” understanding the pros and cons of Bitcoin can help.

Although Bitcoin was created in 2009, it’s still considered a relatively new kind of currency, which comes with a lot of misinformation. Learning about the benefits of Bitcoin can help you decide if it’s a good investment opportunity for you.

One of the biggest advantages of cryptocurrency is it often sees no borders, and Bitcoin is no exception. A major benefit of Bitcoin is that it’s a very accessible and versatile currency. Since it only takes a few minutes to transfer bitcoins to another user, it can be used to purchase goods and services from the ever-growing list of places accepting it. This makes spending money in another country and exchanging for other currencies easier, with a bonus of having little to no fees applied. Bitcoins can also be easily sold at any moment.

Although not completely anonymous, Bitcoin users are identified by numerical codes and can have multiple public keys. This ensures there’s no public tracking, and transactions can’t be traced back to the user. Despite the transactions being permanently viewable, which gives you transparency, they’re still kept safe from fraud due to the blockchain technology. On top of that, only you, as the wallet owner, would be able to know how many bitcoins you have.

For added security and anonymity, even if the address for your wallet became public, you could generate a new wallet address to keep your information safe. Compared to a traditional currency system in which personal information could be leaked from a bank, no other personal information is required to conduct Bitcoin transactions, which increases user privacy.

Bitcoin is a decentralized currency, meaning it’s not regulated by a single government or central bank. This means that no authority has the right to freeze and demand your coins. There’s also no viable way that a taxation would be implemented for Bitcoin. Theoretically, this gives users autonomy and control over their money, because the price isn’t linked to government policies. And generally, cryptocurrency users view this as one of the main advantages of Bitcoin.

Bitcoin prices can be highly volatile, changing drastically on a monthly and even daily basis. For instance, in March 2017, Bitcoin was priced at $975.70, and in just a matter of months it spiked to $20,089 in December. A couple of years later, the price of Bitcoin reached an all-time high of $64,000 in April 2021.

This goes to show that although there’s high volatility in prices, cryptocurrency users might view this as one of the benefits of Bitcoin because it can result in a high return potential. And with a growing number of users believing Bitcoin is a promising global currency, many investors and businesses have decided to adopt it. This helps with increasing the higher return potential, especially for those who bought it at a lower price.

In addition, some investors believe Bitcoin will still gain value in the long term, with a possibility of reaching prices close to $500,000 by 2025. That’s because of its fixed supply cap at 21 million coins, meaning we can’t “print out” more Bitcoins that could lead to inflation and, consequently, the devaluation of the cryptocurrency. No inflation? That’s certainly a pro of Bitcoin.

Despite its rapid growth and an increasing number of users, there are some disadvantages of Bitcoin to consider, especially if you’re wondering, “Is it worth investing in Bitcoin?”. Like in many financial decisions, the more you know, the more informed a decision you can make on whether Bitcoin is worth investing in.

When Bitcoin was created by Satoshi Nakamoto, a limit was set of 21 million bitcoins that could ever exist, meaning that it’s absolutely scarce. This scarcity is what makes Bitcoin so valuable, but also what makes its prices vary drastically, which can be viewed as one of the disadvantages of Bitcoin.

Another reason for this price volatility stems from not being backed by a physical commodity, such as paper money, which can be printed when there’s more demand. This rapid swing in prices can make it a risky investment, and cause confusion from the continuous change in prices of goods and services using Bitcoin. For instance, this can be a problem when you have to return a product and request a refund, since the price you bought the item at could have suddenly changed.

Sure, a decentralized currency can be viewed as one of the benefits of cryptocurrency, but it can also be considered a disadvantage of Bitcoin, since it means investing in Bitcoin is not regulated. Unlike a currency that’s regulated by a central bank, Bitcoin transactions don’t come with legal protection and typically are not reversible, which makes them susceptible to scams.

Another issue with Bitcoin being decentralized is that there’s no guarantee of a minimum valuation. So if a big group of investors decides to stop using bitcoins and sell them, the value of it would decrease greatly and affect users with a large amount of the cryptocurrency.

Since Bitcoin transactions are anonymous and unregulated, another disadvantage is the lack of security. Transactions done through Bitcoin are irreversible and final, so nothing can be done if the wrong amount is sent or if it’s sent to the wrong recipient.

In addition, there’s a risk of loss. Many Bitcoin users choose to keep their bitcoins in a cryptocurrency wallet, which puts them at risk of losing their investments if they lose access to their private key. In case of a virus or a crash on the records or even your wallet, your funds could become inaccessible or gone completely in a matter of minutes.

Even though there’s a growing number of companies that accept Bitcoin, such as Microsoft and some Subway franchises, it’s still not widely accepted. This puts a limit on where you can spend your money, unlike using a credit or debit card.

The Bottom Line: Is It Worth Investing in Bitcoin?

So, is it smart to invest in Bitcoin? Although there are some great benefits of cryptocurrency and pros of Bitcoin specifically, many people still view it as a risky investment. But, just like any investment, investing in Bitcoin requires you to do your research ahead of time.

Going through a list of pros and cons of Bitcoin is only the first step. It’s also a good idea to study how cryptocurrencies and crypto wallets work, how acceptable the market is, as well as the expectations and risks associated with it. If you do decide to invest, remember that there are many tools available, such as the Mint app, that can help you track your cryptocurrency investments.

The post 8 Pros and Cons of Bitcoin appeared first on MintLife Blog.

The Article 8 Pros and Cons of Bitcoin First Appeared ON
: https://gqcentral.co.uk