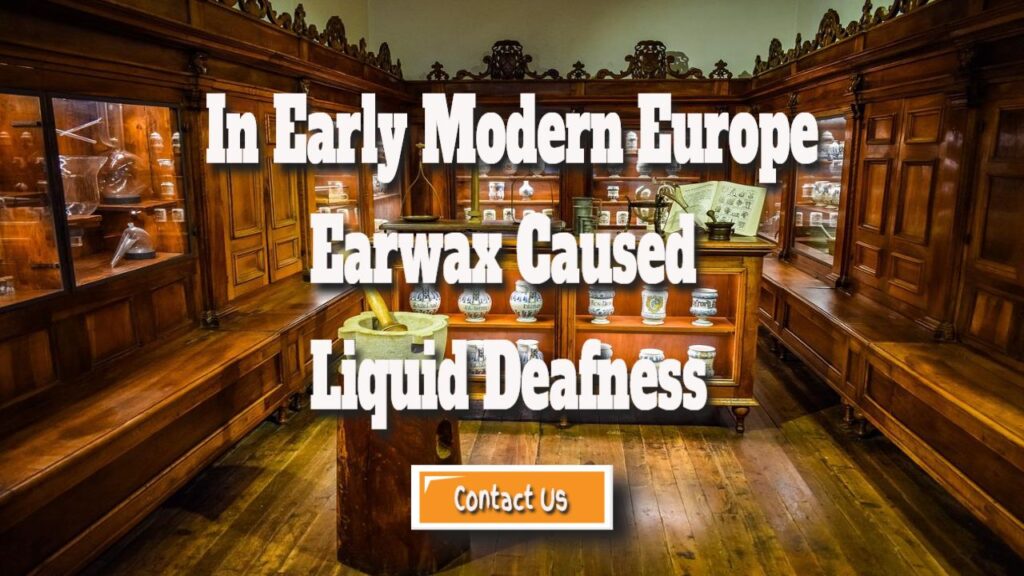 Examines the evolution of hearing loss in the eighteenth century, highlighting the clergy’ sympathy for the deaf and philosophers’ concern with a sign as the birth of language. Still, there is surprisingly little study on physicians’ growing interest in deafness and hearing loss.

However, in the nineteenth century, physicians examined ear wax and mucus in the Eustachian tube. They established hypotheses concerning the propagation of sound waves through liquid air and nerve secretions in the context of hearing and deafness.

This article contends that the emphasis on fluids resulted in a new medical theory of auditory perception that saw hearing and deafness as conditions on a continuum rather than as dichotomies.

As a result, this article provides a fresh look at the investigation and treatment of hearing difficulties in early modern Europe, proposing that there was no set dividing line between deafness and hearing; instead, it was porous and unstable.

In 1703, the Académie royale des sciences in Paris heard about the case of a 23-year-old man from Chartres.

He had been deaf and silent his entire life until one day, to the surprise of the entire community, he began to speak. In his 1742 treatise on the senses, the French surgeon Claude-Nicolas Le Cat (1700–68) recalled this great event, adding that the man “claimed that he had heard the sound of bells four or five months ago, and was profoundly shocked at this new experience.”

Following that, a kind of water came out of his left ear, and he could hear perfectly with both ears.

In the months that followed, the man went about his daily activities, including going to church, but he discreetly practised saying words until he finally broke the silence.

Surprisingly, this story was not published as a miraculous healing instance, typical in mediaeval and early modern Europe.

Instead, the man’s transformation from deafness to hearing in Le Cat’s story coincided with the release of extra fluid that had gathered in his ears. Daniel Fraser of Straharig, near Inverness, who was deaf from birth, related a similar incident to Martin Martin (d. 1718), a Scottish writer.

After recuperating from a severe sickness at seventeen, he “felt a movement in his brain which was quite disagreeable to him, and after that, he began to hear.”

Deafness has frequently been described in science as something permanent and distinct from hearing.

Early modern deafness studies adopt a social approach, focusing almost entirely on the study and education of children who were deaf from birth or became deaf at a young age and hence could not talk.

Scholars have distinguished two central philosophies in the history of deaf education, both of which regard the bodily condition of deafness as permanent.

One school of thought advocated an oralist method of training youngsters to talk and read.

The other believed that sign language was the natural language of the deaf and thus advocated for a manual method of teaching sign language to deaf youngsters.

As a result, educators in the 18th and 19th centuries saw profound deafness as something that could be overcome via speech and language instruction.

Historians have analyzed the extent to which both philosophies succeeded in alleviating the functional limitations of deafness, demonstrating not only how schools for deaf children fostered the development of a deaf community and culture but also how former students performed admirably in a hearing society.

Scholars have unknowingly promoted the assumed permanent status of “deaf” and the standard assumption of “deaf/not deaf” by mainly refraining from criticizing the bodily concept of deafness as a historical category.

Instead, this article draws on recent work arguing that the distinction between “deaf” and “deaf” is artificial—used since 1975 to distinguish between culturally deaf and the audiological condition “deaf”—and does not reflect how deaf people identify themselves or how medical professionals use the distinction to make diagnoses.

Indeed, the term “deafness” in early modern medicine refers to a wide variety of diseases that are now known as congenital and prelingual deafness, as well as conductive and sensorineural hearing loss.

Physicians and surgeons detailed each patient’s experience, including tinnitus, ear discomfort, edoema, and other symptoms.

More recent studies of deafness and hearing loss in modern times have revealed that both are increasingly considered unhealthy and need a cure, presenting hearing and deafness as opposites.

Historians have emphasized the importance of medical practitioners in defining the normative category of “hearing” while studying medical and scientific achievements in the nineteenth and twentieth centuries.

While medical doctors and oralists aimed to integrate deaf people into hearing society, they also legitimized the need for medical intervention.

By the mid-nineteenth century, otologists’ focus had switched from curing deafness to assisting hard-of-hearing individuals with communication difficulties.

Hearing loss was identified as an impairment in audiometry and hearing tests during the procedure, reinforcing the idea of deafness as a medical problem.

Although the assessment of hearing acuity significantly impacts the definition of hearing loss, scientific and medical research on deafness should not be limited to the current period.

According to this article, early modern medicine provides essential insight into ideas and attitudes about deafness. It presents an alternative approach to deafness before the strict distinction between hearing and deafness took shape.

This article demonstrates that, in contrast to the modern conception of deafness as a biological reality, early modern physicians understood deafness as a fluid concept resulting from an interaction between neo-humoral bodies and their atmospheric environment.

As in previous eras, some early modern physicians had ableist and audistic attitudes toward “deaf-mutes.”

This resulted in a nineteenth-century medical understanding of deafness that saw the distinction between hearing and deafness as natural and fluid.

This article demonstrates a more fluid and permeable understanding of the illness that extended beyond a variation of deafness to include hearing by historicizing the medical idea of deafness in the 18th century.

While many people in early modern Europe had some hearing impairment, whether due to birth, accident, disease, or old age, most research at the time focused on body and sense concepts.

Medical historians have written on topics such as anatomy, nerve physiology, and the role of music in well-being, but deafness has received little attention.

As a result, this article contributes to current historiography by demonstrating physicians’ and surgeons’ growing interest in deafness.

The isolation of elemental substances and the chemical properties of human fluids during the period led to new concepts about sound, hearing, and deafness.

This essay provides a novel perspective on both medical discourses concerning deafness and the concerns and capabilities of physicians during this period by evaluating deafness in an early modern medical environment. 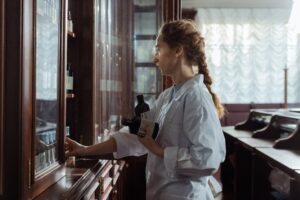 The story of earwax exemplifies the precarious distinction between hearing and deafness in early modern medicine.

Earwax, known to physicians as cerumen (from the Latin cera, meaning “wax”), was more than just a waxy material secreted in human ear canals.

Physicians believed that earwax amount and quality connected both excellent and poor hearing.

Therefore, toward the end of the 17th century, earwax became one of the essential explanations for hearing impairments. Its diverse appearances enabled physicians to blur the distinction between hearing and deafness.

The French physician and anatomist Guichard Joseph du Verney (1648-1730), a member of the Académie royale in Paris who presented frequent anatomical demonstrations, was among the first to describe the peculiarities of earwax in detail.

He produced Traité de l’organe de l’ouie in 1683 (translated as Treatise on the Organ of Hearing in 1737), in which he addresses the anatomical structure of the ear, the physiology of hearing, and ear disorders.

He was not. However, the first to publish on ear anatomy: almost two centuries earlier (1543), when Andreas Vesalius (1514-64) showed two of the three tiny bones of the middle ear in his revolutionary work De humani corporis Fabrica (“The Tissue of the Human Body”).

Many Vesalius students contributed to the precise descriptions of the ear’s tiny and fragile parts.

On the other hand, anatomy provided no clear explanation of how hearing works—or even of deafness.

Du Verney looked beyond the solid portions of the anatomy and began to study the fluid parts of the ear to better understand the physiological process of hearing and the reasons for deafness.

Du Verney explained the origin of earwax and its role in healthy hearing based on his anatomical research.

Du Verney described and characterized the structure of the external ear, the auditory canal (meatus auditorius), and its outer dermal layer, which contains numerous spherical follicles, in the first section of his Treatise.

These glands released an oily material that moisturized the skin and gradually became thicker, bitter, and irritated through small excretory ducts.

Von Haller wiped his ears a hundred times in an hour with a piece of black velvet, noting that the fabric continued wiping away traces of earwax.

According to Du Verney, continual earwax discharge served two purposes: its oily nature moisturized the eardrum, preventing it from drying up and losing tension.

Second, the bitter taste kept dirt, insects, and other foreign items from entering the eardrum and harming it.

“The wax keeps out any dirt and insects that may otherwise enter the ear and be a sure cause of damage of the membrana tympani,” writes Du Verney.

Brought To You By – Ear Wax Removal London