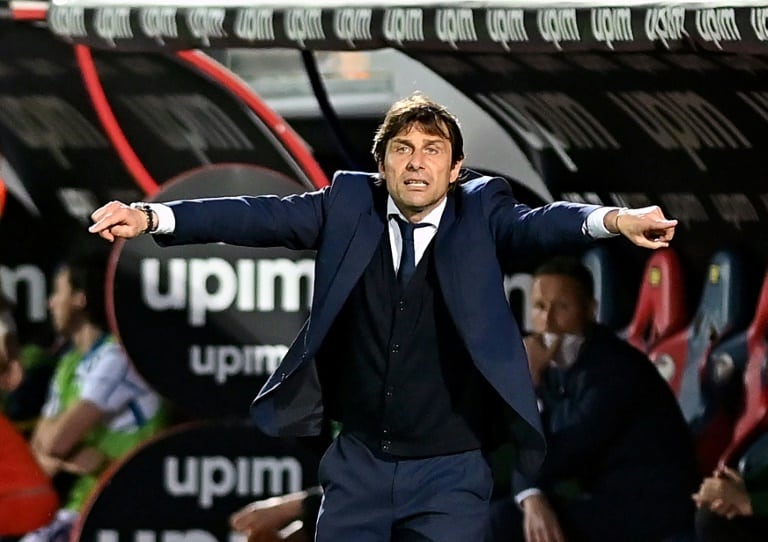 London (AFP) – Tottenham have held talks with former Inter Milan boss Antonio Conte as they look for a permanent successor to Jose Mourinho, according to reports on Wednesday.

Spurs chairman Daniel Levy has been searching for a new boss since sacking Mourinho in April.

Ryan Mason was put in caretaker charge until the end of the season as Tottenham finished a disappointing seventh in the Premier League.

Levy also reportedly made an unsuccessful approach to Paris Saint-Germain boss Mauricio Pochettino in a bid to bring the former Tottenham coach back to north London.

Pochettino left in November 2019 but is understood to be keen on a return to the team he led to the Champions League final.

However, PSG are reluctant to let the Argentine go after less than one full season in the French capital.

Now Tottenham are believed to have turned their attention to Conte, who left Inter after leading them to the Serie A title this season.

Conte knows what it takes to thrive in English football after winning the Premier League title and the FA Cup during his two-season spell in charge at Chelsea between 2016 and 2018.

The 51-year-old Italian guided Inter to a first top-flight crown since 2010, but was unhappy with the club’s owners after they reportedly refused to give him significant backing in the transfer market.

Inter are feeling the effects of the coronavirus pandemic and could be forced to cash in on a number of players, including star striker Romelu Lukaku.

Conte is reported to be barred from managing another Italian side during the 2021-22 campaign as part of his contract termination.

If Conte takes the Tottenham job, it was reported he could be joined by Fabio Paratici in a director of football role, with the pair having previously worked together at Juventus.

Levy said he wanted to bring back “entertaining and attacking football” to Tottenham, which might be at odds with Conte’s conservative tactics.

Tottenham also have to resolve the future of England captain Harry Kane, who wants to leave the club, with Manchester City and Chelsea among the teams interested in the striker.